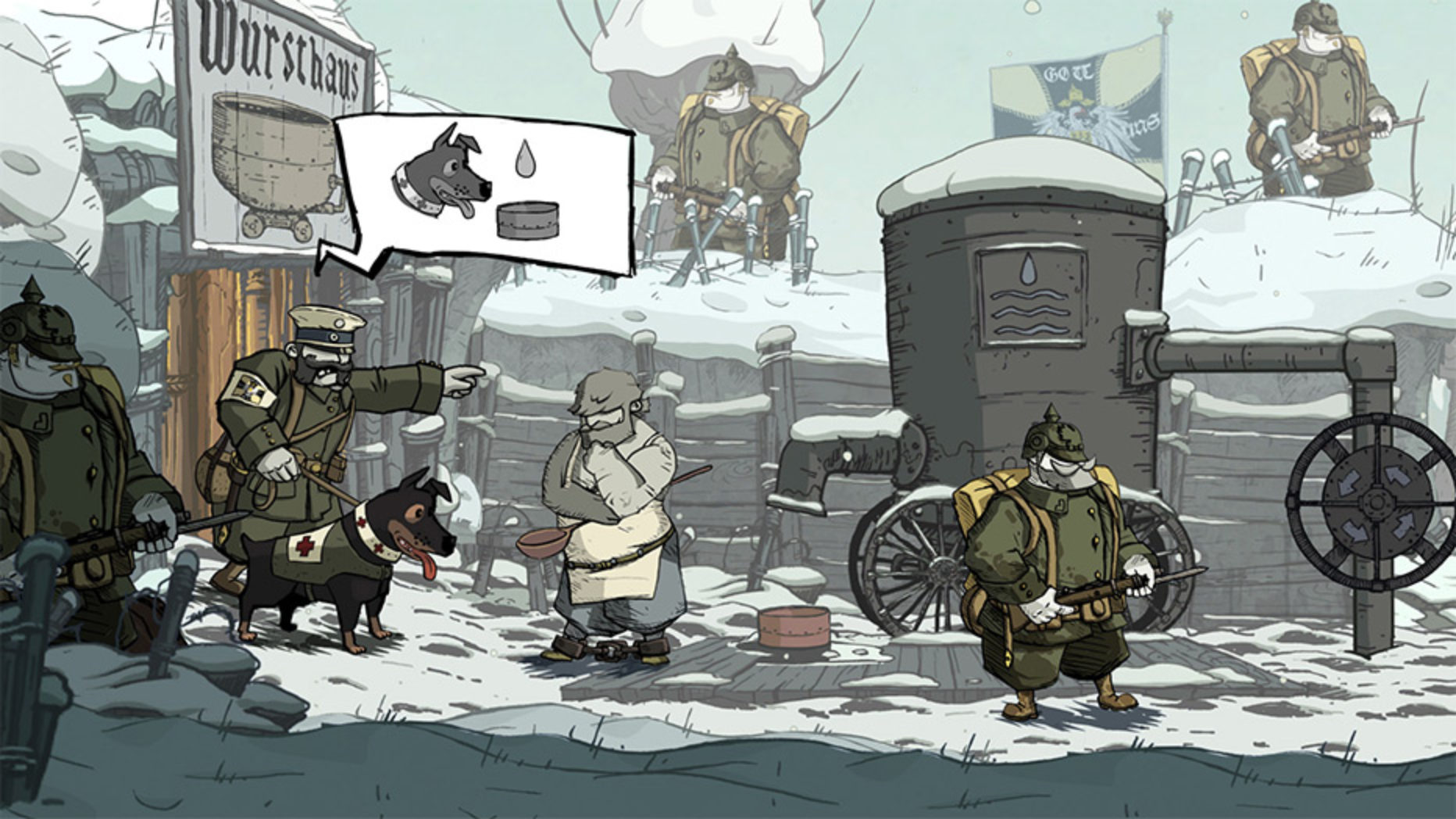 Valiant Hearts is an emotional and enjoyable gameplay experience that only comes around once in a while, make sure you hop on when it leaves the station

What is it? A puzzle-platformer set in World War 1 with a story based on real letters found from the time. The story jumps between 4 characters whose paths intertwine when a German man living in France is taken from his wife to fight for the other side while his father-in-law is enlisted for France despite his older age.

It’s not very often that you come across a game that so greatly manages to serve up such a mixture of gameplay, emotion and eduction all at the same time. Valiant Hearts sports an absolutely gorgeous art style brought to you by the same engine used for the Rayman games and the effect it has on you when combined with some fantastic visual storytelling and an immaculate musical score is profound. The entire experience is delicate and subtle in its motions while simultaneously powerful in its purpose.

Over the course of the game you take part in platforming, puzzle solving, driving tanks and even occasionally evading the enemy in a taxi to the tune and beat of famous upbeat classic musical pieces. The puzzles are interesting and varied without ever stepping into serious head-scratching territory, with the entire game never fully looking to challenge you into frustration. What may surprise you is just how much you will learn about the “The Great War'”, as the game is littered with collectibles and items that contain interesting snippets of real information about the war, whether it be about how they transported tanks, or used urine stained cloths to survive chemical gas attacks.

Valiant Hearts: The Great War has crept its way into our hearts as a powerful punch to the gut that serves up as much of enjoyable and educational gaming experience as it does a powerful story and audio/visual experience. A must-play.

Available on PC, Xbox and Playstation (Free on Playstation Plus at time of writing)  |  Metacritic 79/100