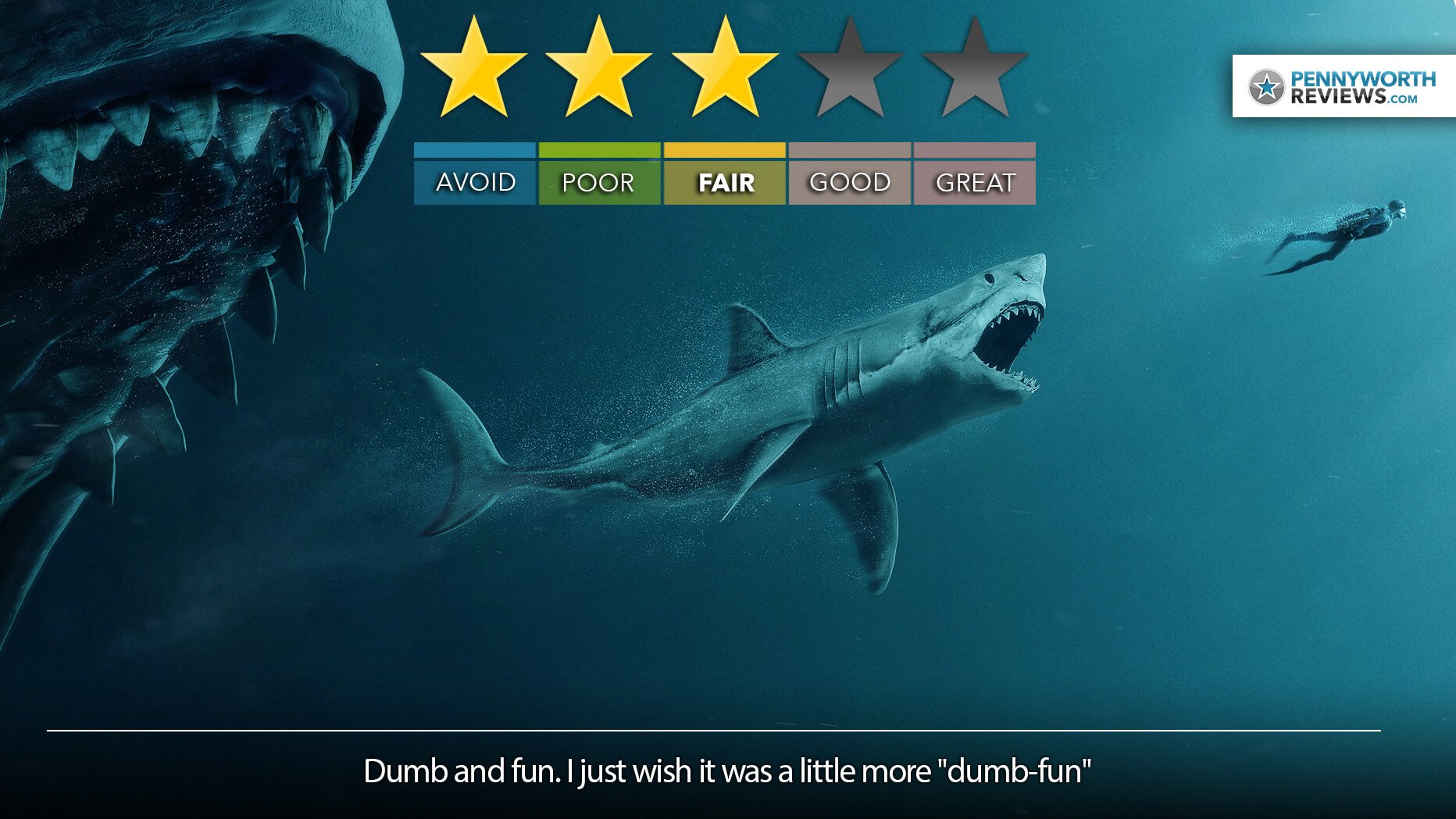 Summary 3.0 Good
Story 0
Performances 0
Production 0
Experience 0
Summary rating from user's marks. You can set own marks for this article - just click on stars above and press "Accept".
Accept
Summary 0.0 Avoid

What is it? A giant prehistoric shark is discovered by a group of ocean researchers and starts eating everyone. This is frowned upon, and so the guy that Jason Statham plays must save the day.  – Reviewed on IMAX 3D

Verdict: It’s dumb and fun. I just wish it was a little more “dumb-fun”.

As “shark” movies go, fans like myself have a decent library to go back to at this point with titles like the classic that is Jaws, the super fun Deep Blue Sea and more recently, Blake Lively trying to stay alive on a rock in The Shallows. They all bring something different to the table and are all pretty good to watch for their own reasons. The Meg promises something different, as we aren’t just getting a big scary shark this time, oh no… we are getting something friggin’ huge.

Turns out that it’s pretty difficult to capture that sort of scale on screen and still keep things interesting. The Meg, while fun and with its tense moments and scares, doesn’t quite manage to keep up with the competition. It’s based on a novel, and some moments in the film really let that fact shine through, as you get just a snippet of something that feels more thought out than just a dumb popcorn movie, but then it goes all dumb-popcorn-movie again. Being dumb-fun isn’t a bad thing if you lean into it, but The Meg doesn’t commit to one way or the other, leaving it feeling smart for a moment and then having you scratching your head over an unnecessarily silly moment the next.

By the time the credits were rolling, I had had my share of shark-munching fun, but to be honest, Deep Blue Sea did something similar and it did it better and I just feel like it’s a shame that they didn’t give us something a bit more interesting.