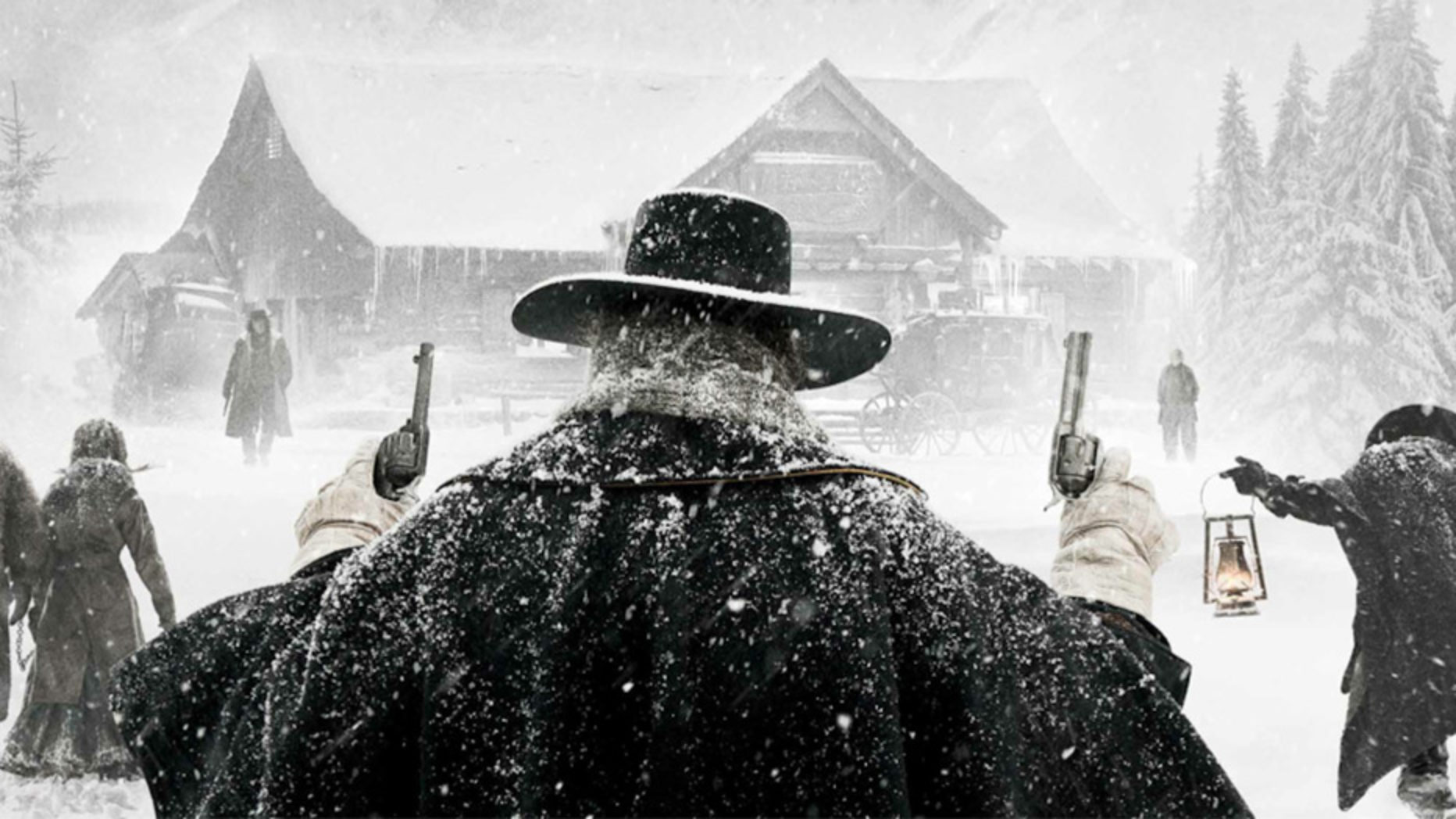 Tarantino’s back for Western no. 2, and it doesn’t disappoint

What is it? The second Western by Quentin Tarantino in which a bounty hunter (Kurt Russell) who is transporting a dangerous criminal is forced to be holed up in “Minnie’s Haberdashery” with a bunch of mostly unknown but suspect looking folks during a blizzard.

As is often the case, a Quentin Tarantino film always promises to be a little different than what you are used to, but simultaneously also very much what you might expect at this point from Tarantino’s own iconic style of films as well.

Hateful Eight is a slow paced, dialogue-heavy, character-driven Western that mostly takes place in one location, but thanks to Tarantino’s brand of writing and tension building, the film that runs not far short of 3 hours kept us completely engaged as its story’s twists and surprises played out.

This tall order was achieved with a combination of mystery, tension between characters, dark humour and of course, Tarantino’s brand of over the top violence, all made possible with fantastic storytelling and top notch performances from the likes of Sam Jackson, Kurt Russell, Jennifer Jason Leigh and well… everyone else too. As was the case with Django Unchained, the movie also portrays a time of intense, unapologetic racism and doesn’t hold back the punches but is handled masterfully so that even when its at its worst it feels like an accurate and sometimes and even humorous depiction of how bad it was at those times.

In pure Tarantino speak, The Hateful Eight is what you get if you take a bunch of Reservoir Dogs, spice it up with some Django Unchained and then combined then blended it with Tarantino’s trademark writing and dialogue. It’s Tarantino doing what he does best, and that might not be for everybody, but it sure kept us glued from the overly lengthy Western styled intro all the way to the final credits.

Verdict: It’s less action and more talk, but in the best kind of way.