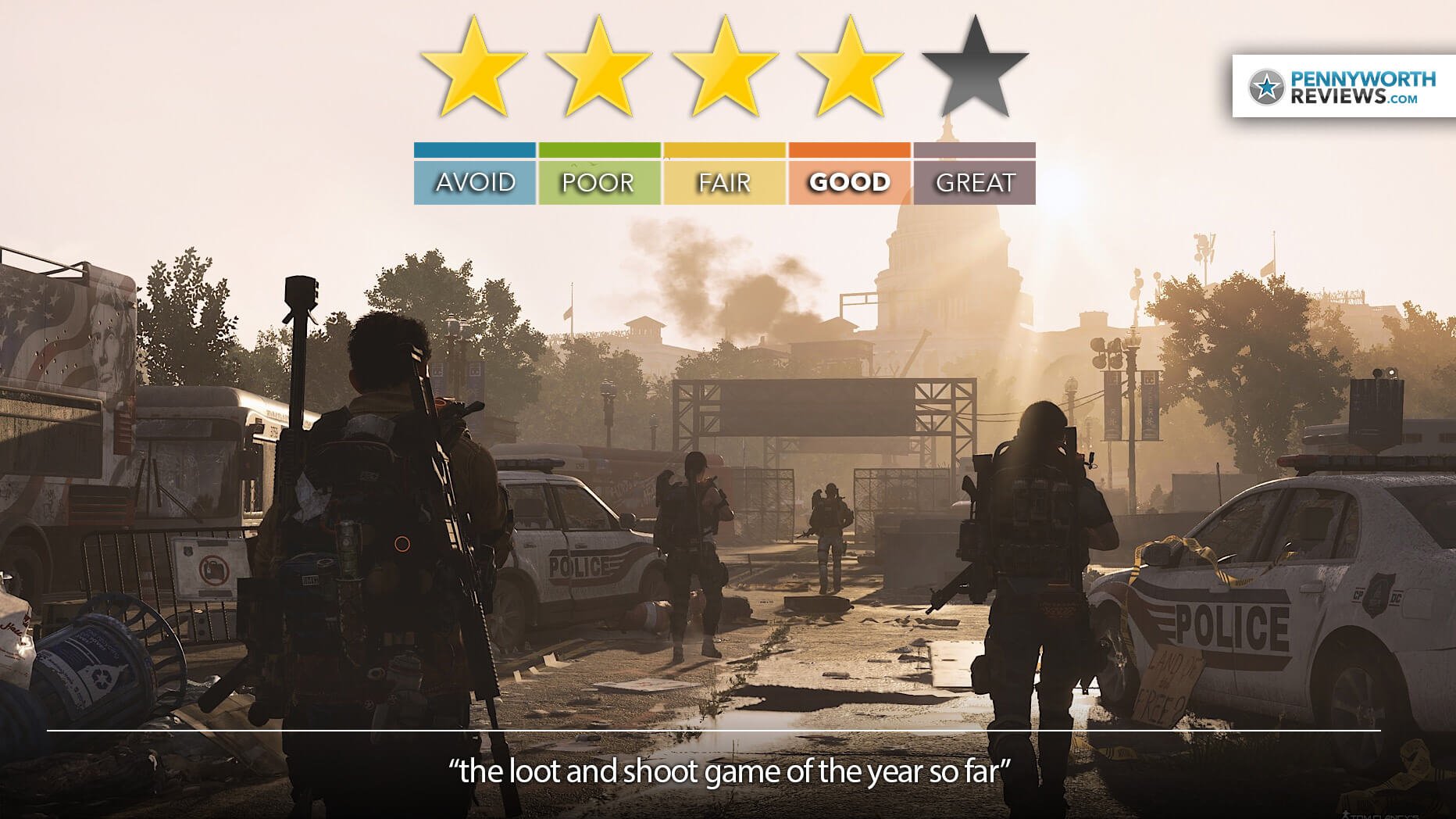 The kind of long division everyone can enjoy

What is it? A cooperative online shoot and loot game with a strong narrative backbone, set in Washington D.C. 7 months after the first game.

Verdict: Better in every way, this is the loot and shoot game of the year so far!

Reviewed on: PC, second opinion on PS4 | Also available on Xbox One

The Division 2 is better in nearly every way to its predecessor. It is a shoot and loot game set in Washington D.C. some time after a deadly virus killed most people in the world. Chaos reigns and as an agent of The Division it is up to you to restore law and order.

Traversing the game using the cover, movement and vaulting systems is very intuitive and becomes second nature to the point that I get frustrated that other games don’t have the same features (about that immediate lack of Apex’s ping system though… – Editor). The game does a brilliant job of keeping the enemy levels in line with the players’, ensuring the game is always a challenge, but never impossible. Finding weapons and gear that fits my level became the driving force to progress with the story, which is actually pretty good in its own right.

The wonderfully detailed world of Washington really pulled me in, but felt less dangerous than that of New York… and I think the snow gave New York more character.

Playing the Division alone is fun, but playing with up to 4 friends (for most modes) and completing the story missions is just so much better. Finding complimentary skills and using flanking tactics just came naturally to my team as we got sucked into playing into the early hours of the morning once more. If you don’t have any friends you can call on strangers to assist you, or you can answer their call for help too, which it does seamlessly and is possibly one of its stronger points. If you prefer to play against other players then The Division caters for that too in the Dark Zone. Here the loot is better and the enemies often human players.

Ubisoft did a great job making The Division 2 better in every regard. It’s almost as if they saw my wish list of things to add and remove from the game.

I liked so much about The Division, especially the setting and ability to play so well with buddies. It wasn’t without its faults though, and The Division 2 has answered the call much like its very own agents. While I preferred a snowy New York, the D.C. setting is still incredibly detailed and incredibly beautiful a lot of the time, but its the gameplay that’s the real star of the show this time around. Controls feel incredibly responsive in The Division 2, which also means that gunplay feels snappier. What’s even better is that the bullet-sponges of old are gone, with enemies that take as much damage as you might expect, depending on how kitted out they are (which also feels much better if you’re running around alone).

There’s a lot of game to be had here, and it’s obviously best served with a side plate of your pals. If you don’t have any, matchmaking will sort you out in no time. I enjoyed dipping into The Division 2 for a quick glance, but can’t wait to grab some good friends and really get stuck in.