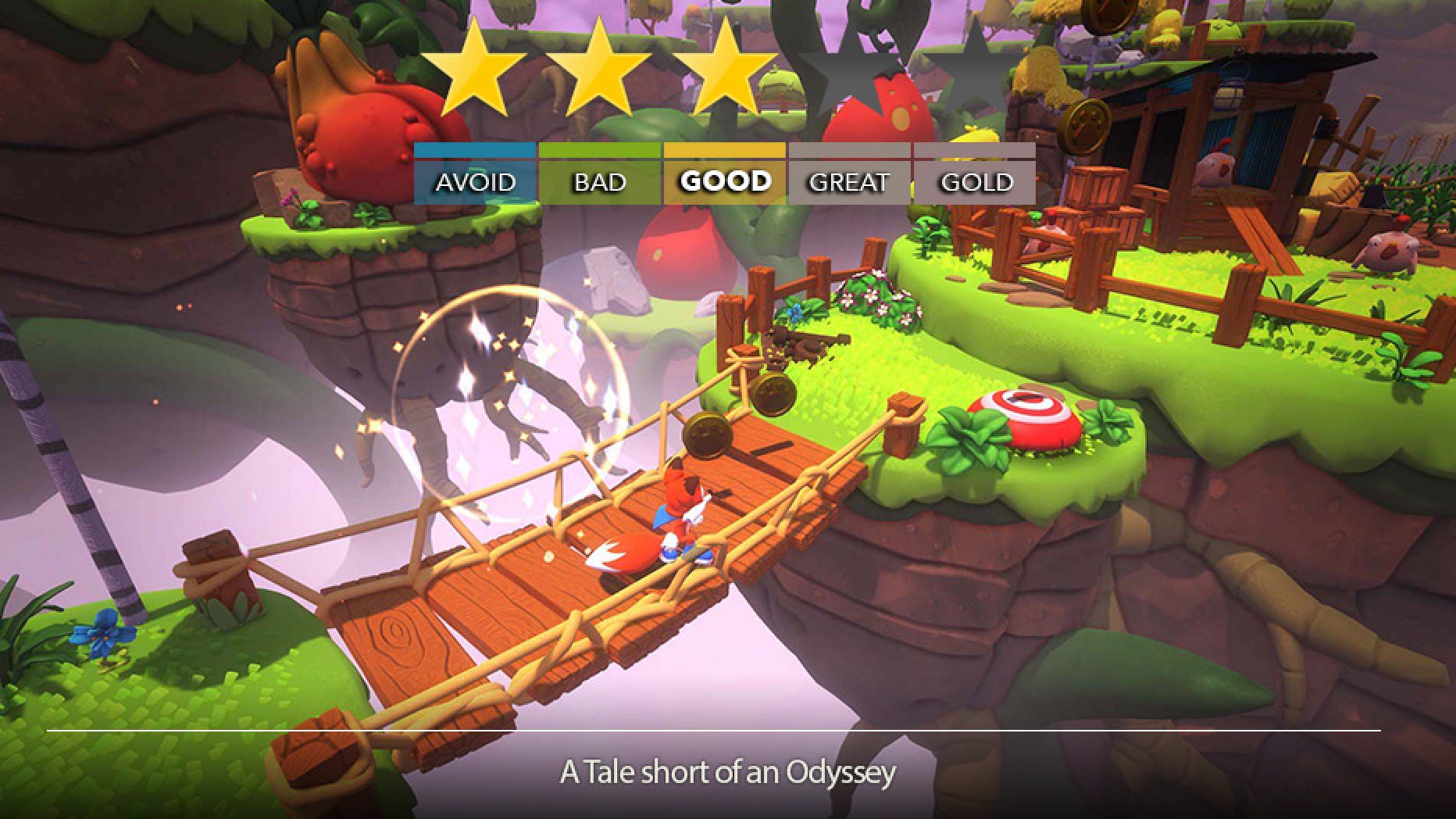 A Tale short of an Odyssey

What is it? A classic 90’s styled platformer / gold coin collector in a new suit – Reviewed on Xbox One and PC

Verdict: A Tale short of an Odyssey.

Super Lucky’s Tale is a throwback to the good old days of gaming where platformers were cool, and the collector type of platformers were king. Even the Super in the title reminds you of the great games from the era it intends to mimic, like Super Mario.

The game is obviously a more modern version of a classic formula. Collect coins, lucky clovers, the letters of Lucky’s name and extra lives throughout rather well designed and thought out levels. The more items you collect, the more levels unlock from the hub world. You do this by controlling Lucky, a small fox who saved his sister and is already heroic enough to be super.

This all happens in gloriously colourful graphics and smooth animation. Interesting characters fill the worlds and smaller background characters make the worlds feel busy and alive. Little butterflies swirl around and small frogs hop around. The interactivity of the levels makes even the smaller levels feel bigger as you have quite a lot to do. Hidden coins and clovers makes for a time consuming game if you aim to get all the collectables, and then you even get hidden levels which can stretch the game out for even longer.

The various levels have different themes, from a third person platform style through fantastical forests, to traditional 2D side scrolling platformer through factory areas with lots of pipes. Navigating the levels are never complicated and I never felt lost.

The game is not perfect though, as you have probably already looked at the score. The controls are great in the 2D platform modes, but in third person view it feels a little imprecise. I often missed platforms and hard to reach areas because it is very hard to gauge Lucky’s exact position. Then there are often areas that I feel Lucky can reach, but his double jump hits an invisible wall, preventing him from reaching those areas, while other jumps are crazy hard but absolutely required to progress. You also tend to backtrack a few levels to collect required key items to progress further which again makes the levels feel repetitive, but this is the exception.

Another small gripe is that no character speaks, they simply make grunts and growls. All instructions are written in message bubbles. This frustrated my 5 year old who cannot read, but plays the game quite well otherwise. Some verbal instructions would have helped a lot.

The game is not bad, but it is not great either. For a Microsoft Exclusive (EXCLUSIVE!!!!) I expected a little more, something more memorable. But Super Lucky’s Tale will soon be forgotten, and with other super platformers on other platforms having odysseys and not tales, Lucky is in for a tough time.