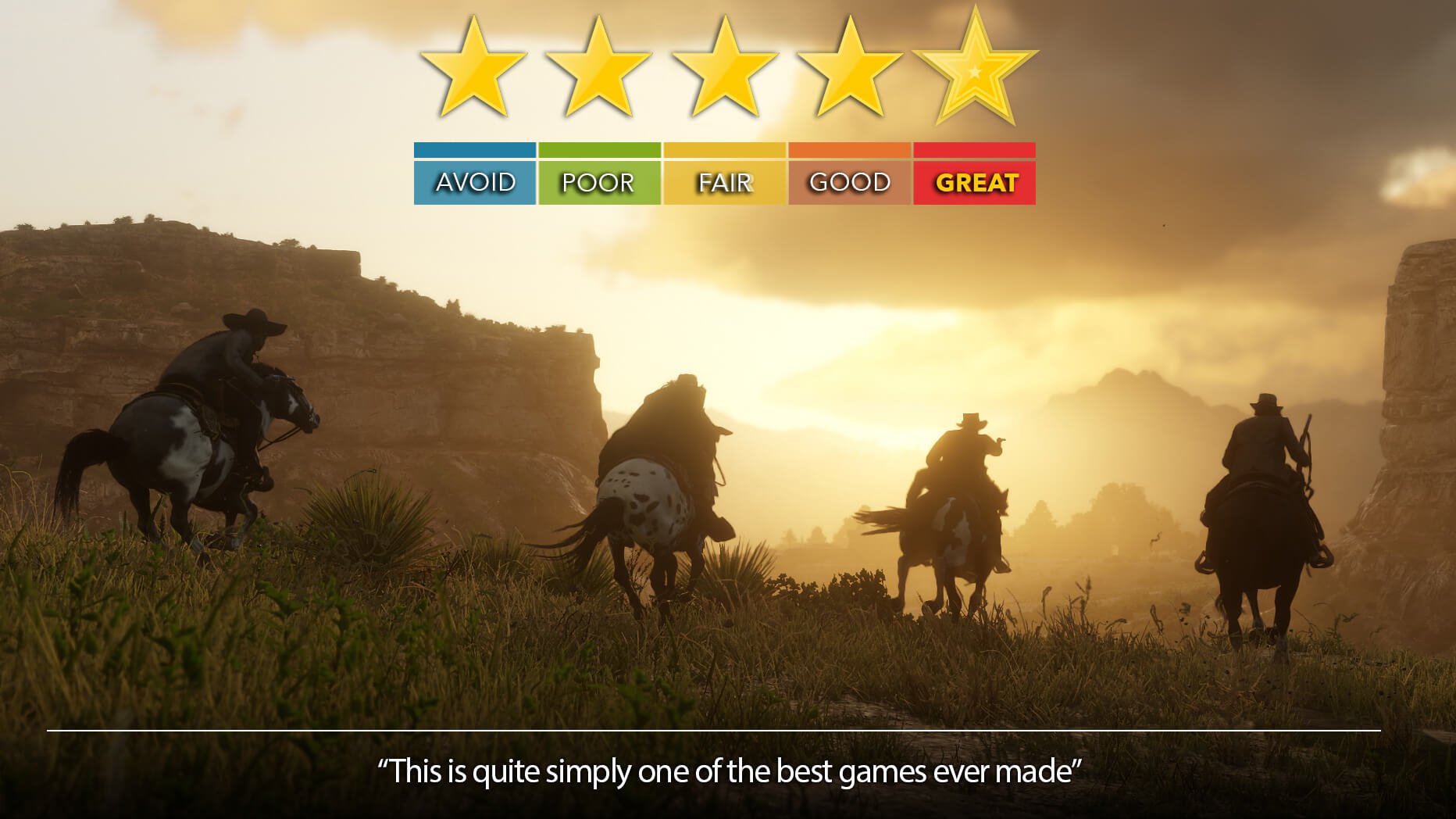 What is it? A 60 hour+ prequel to 2010’s Red Dead Redemption. RDR2 is an action-adventure Western set in a huge, massively detailed open world where you play as Arthur Morgan, a member of an infamous gang that’s on the run. – Reviewed on PS4 Pro. Also available on Xbox One

Note: An online mode is included as well, but will be reviewed separately.

Cons: A big time commitment and a slow burn. A lot of controls and rules of the world to learn at first. Slow start, sluggish controls.

Verdict: Absolutely Incredible. I wish I could give it 6 stars.

Let must just start by saying that THIS is how you make a prequel. Honestly, RDRD2 is a game that requires an essay to fully dig into all of its merits.

It isn’t afraid of being a slow burn, in fact it leans into it pretty hard because this game wants to deliver something very special, and to do that it needs you to let yourself go and just… live in the world. This is a game that gives you everything, whether its exciting, action-packed train robberies, hunting, helping someone on the side of the road, brushing your horse, trimming your beard, robbing stage coaches, shopping for clothing or sitting around the campfire at night with your gang, exchanging stories and singing drinking songs.

Once you’re in the world and dug into the campaign, you are not only treated to one of the best video game stories ever told (only possible by slowly building up relationships and characters), but you’re also given a world that truly rewards those who seek to find adventure in it. This is the kind of world that If it’s cold you need warmer clothing, if you stink people react, if you do good things people treat you well and the teeny tiniest details are present – and i can’t even being to try list them all (but maybe one day I’ll try).

Even 100 hours in, you almost never stop finding small but detailed little moments, lines of dialogue, mini-missions and more that blow your mind and make you think “how did they possibly cram this much into a game”- but this isn’t just any game, it feels like a real world, and while many companies love to throw words like “living” and “breathing” into their world descriptions, RDR2’s world genuinely feels like one that goes on, with or without you.

Red Dead 2 delivers a huge, deep and amazing story with really astonishingly touching moments, and yet isn’t afraid to still totally rewrite the rules when it sees fit. Riding alongside it is one of the most enjoyable, most engaging open worlds ever created. Go get lost in it, you won’t be sorry.

Red Dead 2 is huge and amazing, and we can’t get enough of the world – find out why here. 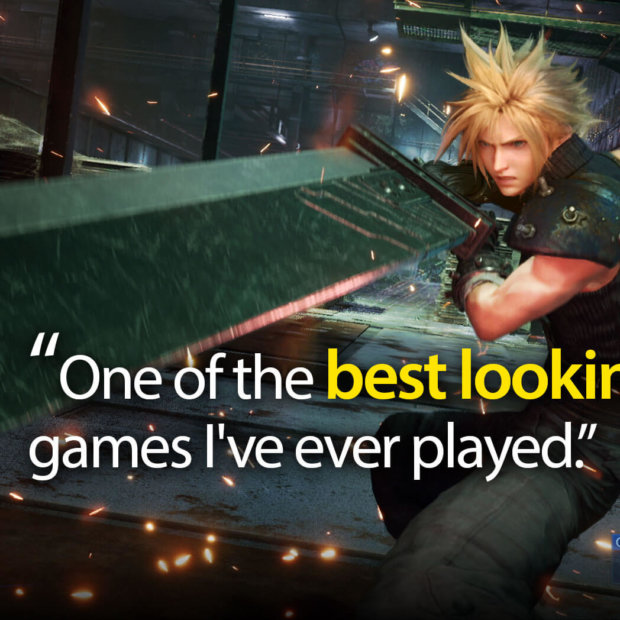 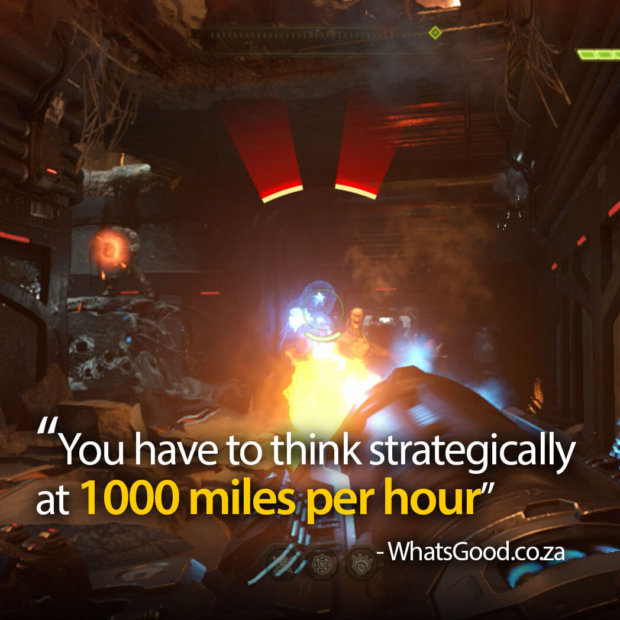