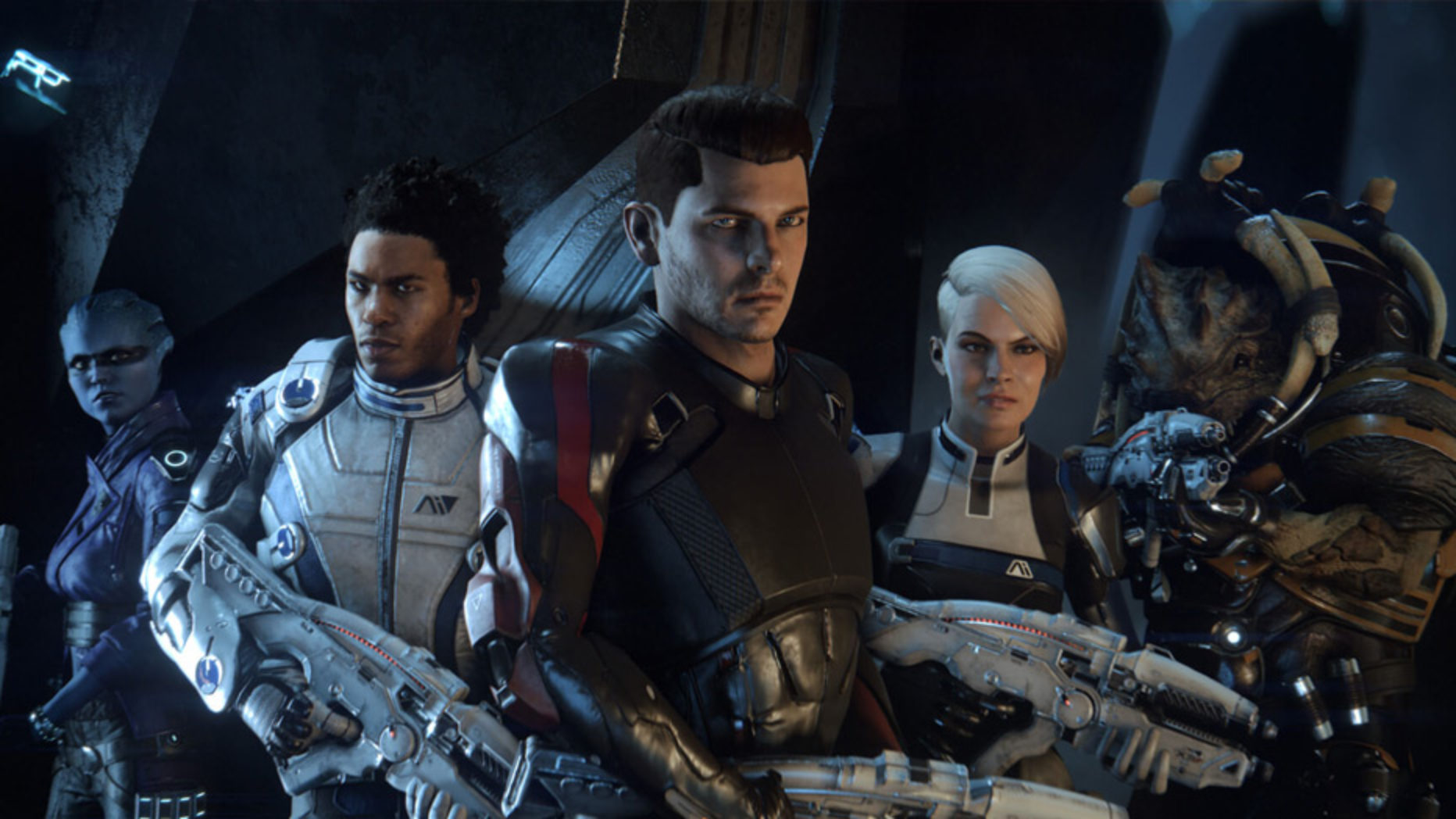 A long time from now, in a galaxy far, far away…

Summary 3.5 Good
Gameplay 3.6
Quality 2.8
Experience 3.5
Value 4.1
Summary rating from 3 user's marks. You can set own marks for this article - just click on stars above and press "Accept".
Accept
Summary 3.5 Good

Mass Effect: Andromeda Review | There and Back Again

What is it: A non-sequel Mass Effect that takes place around 600 years after the setting of the original games as huge crews in stasis arrive in the Andromeda Galaxy in the hope of making it their new home. – Reviewed on Playstation 4

Verdict: An enjoyable albeit unpolished open-world sci-fi RPG shooter that suffers from quantity over quality.

In many ways, ME:A is exactly the game that people were worried it was going to be: Dragon Age Inquisition in space. It sort of is, and unfortunately it’s way more of that and way less of everything that made the original Mass Effect trilogy so special. Quality storytelling and focus have been traded for bigger worlds and more… well, more stuff.

There’s a lot of on-the-ground exploration (on foot and in a vehicle) and combat now, and it’s much faster than before and actually feels pretty good for the most part, despite combat being dumbed down with regards to team mates. The big open-worlds that you get to explore are pretty varied and impressive, except that someone told the developers that we would have a better time if they just crammed as many activities and quests into the game as humanly possible and around half way through the game I realised that the better option was to just ignore almost all of it completely and just focus on the main quests and important side quests like loyalty missions, especially when so many of them boiled down to “fetch” or “scan” quests.

Most of the game is split between roaming around planets getting things done and then walking around the Nexus hub area and ship talking to people. Again, the balance wasn’t quite there and whenever I was doing the one I almost felt like I wanted to get back to doing the other – a sign that the experience and balance wasn’t quite there. I must also point out that while the game is also packed with unnecessary amounts of crafting, research and blah-blah to rack up even more time on the play-clock, I ended up finishing the game with mostly Lvl 1 armour and a gun I found on the ground in the first 1/4 of the game that was probably ridiculously overpowered – as I never found one better. So even all the research and crafting is nothing more than a distraction for the most part. It’s worth noting that it does have multiplayer modes though, and its pretty fun joining up with some friends to kick some ass in “horde mode” like scenarios, but nothing worth rushing out to buy for just yet.

While the environments are pretty stunning, the characters themselves aren’t much to look at, and no longer carry that look of complete realism from past games but rather come across more like characters from an animated movie. The game, even after it’s first major patch does still have a lot of issues that include glitchy gameplay, some rough animations and some unacceptable low points in quality – such as having random enemies float around the level, or spawn and start firing at you during a cutscene that has nothing to do with enemies or firing.

The characters were always the real stars of the show in previous Mass Effect games, and while I did find myself drawn to one or two, ME:A’s crew is quite forgettable when you put characters like Liam, Peebee and Whatshisface next to the brilliance of characters like Garris, Liara Thane, Rex, Mordin… and, well I really wanna name them all. I probably won’t remember the names of this crew in a year’s time, and that’s a shame considering that I hold the original trilogy’s crew so dear. What I did like was that when onboard the ship, the crew would move about and chat with each other… that was a nice touch and it helped me get closer to them. It should also be fairly telling that I haven’t spoken about the protagonist (either Sara or Scott Ryder) much either – they feel a little more relatable than the very military-serious Shepards we all controlled, but they aren’t very charismatic either.

Patchable issues aside, the best way I can describe ME:A is to compare it to Peter Jackson’s Middle-Earth films… bare with me.

The original Mass Effect Trilogy is like watching the The Lord of The Rings films – written by Tolkien, set in an amazing world, just stunning from beginning to end and fairly comfortable with taking itself seriously to deliver a powerful story with deep characters. Mass Effect: Andromeda is like watching The Hobbit. It’s pretty good, it’s the same world, the same author and even some of the same characters and yet it just doesn’t give you that same incredible feeling you got when you first walked out of the theatre at the end of The Fellowship of the Ring.

At the end of the day I can’t help but feel that despite still having a pretty good time with ME:A, it’s nothing close to the Mass Effect game I’d been hoping to get for the last few years now. It’s decent, it’s like Dragon Age… and that’s not bad, it’s just that it misses all the marks of what made Mass Effect so very special. Let’s hope they find it next time around… if there is a next time.