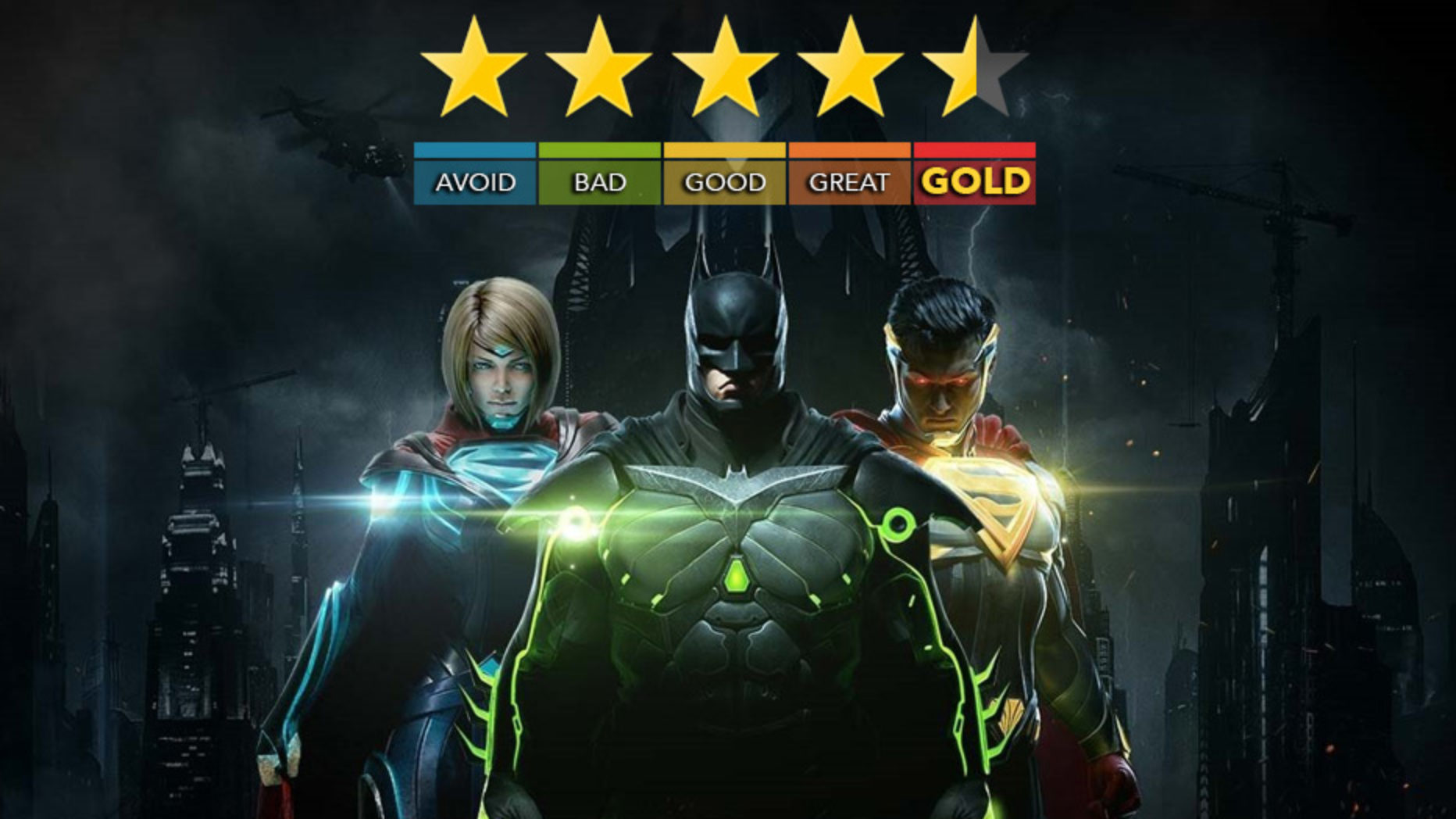 Summary 4.5 Great
Gameplay 4
Quality 4
Experience 5
Value 4
Summary rating from 1 user's marks. You can set own marks for this article - just click on stars above and press "Accept".
Accept
Summary 4.3 Great

What is it? Created by the folks who brought you Mortal Kombat, Injustice 2 is a fighting game sequel set in the DC Comic Book universe that lets you duke it out with the likes of Batman, Wonder Woman, The Joker and many other of your favourite DC Superheroes and Villains – Reviewed on PS4

Verdict: Superhero action at its finest! – Not only is it great to look at and fun to play, but the multiverse mode and loot systems give you genuine reasons to come back to it again and again, even if you don’t touch the multiplayer.

Injustice 2 has a lot in common with its vast selection of super powered characters in that it has many, many talents. While one expects a fighting game to have some good characters (27 at launch with more on the way), fun gameplay and a basic story mode to compliment what is ultimately a multiplayer-focused genre, Injustice 2 proves that fighting games can be much, much more by taking a few pages from the books of games like MMOs and even Overwatch.

The gameplay is easily some of NetherRealm studios’ best work, as it builds off the already great gameplay from Injustice: Gods Among Us but offers up a variety of refinements and new features without fixing what wasn’t broken to begin with. The story mode’s visuals and animations are unbelievably impressive and it felt like I was watching a full blown 5-6 hour DC Animated film that let me take control every time a fight broke out. You play as various characters as the story progresses and often have the choice of picking which of two characters you’d rather play – and it even has multiple endings depending on a choice you must make. It’s way more than you would expect from a typical fighting game and even gives you a good reason to replay some of the chapters, but it has another trick up its sleeve to keep you coming back.

Multiverse mode is a great new single player mode that give you great reasons to come back to Injustice 2 over and over again as you are able to choose from constantly changing sets of fights that are tied to challenges, mix-up the gameplay, vary in difficulty and most importantly… allow you to unlock gear, currency and loot boxes. The gear system allows you to treat your fighters like RPG characters by levelling them up and kitting them out with unlocked gears and abilities that change their stats. It does have microtransactions and DLC, but the amount of fun to be had out of the box is a treat and the odd time-limited special events allow you to take on challenges to get your hands on some special gear such as Wonder Women’s movie outfit during the time around the release of the new film.

Combined with the core experience of smacking both friends and strangers around in online and offline multiplayer modes, Injustice 2 has a lot to offer. It comes highly recommended to both fans of fighting games and even just fans of DC superheroes in general. It’s quite simply one of the best ways to interact with the DC Universe thanks to great gameplay, great modes and a choice of some of the most iconic characters of all time.