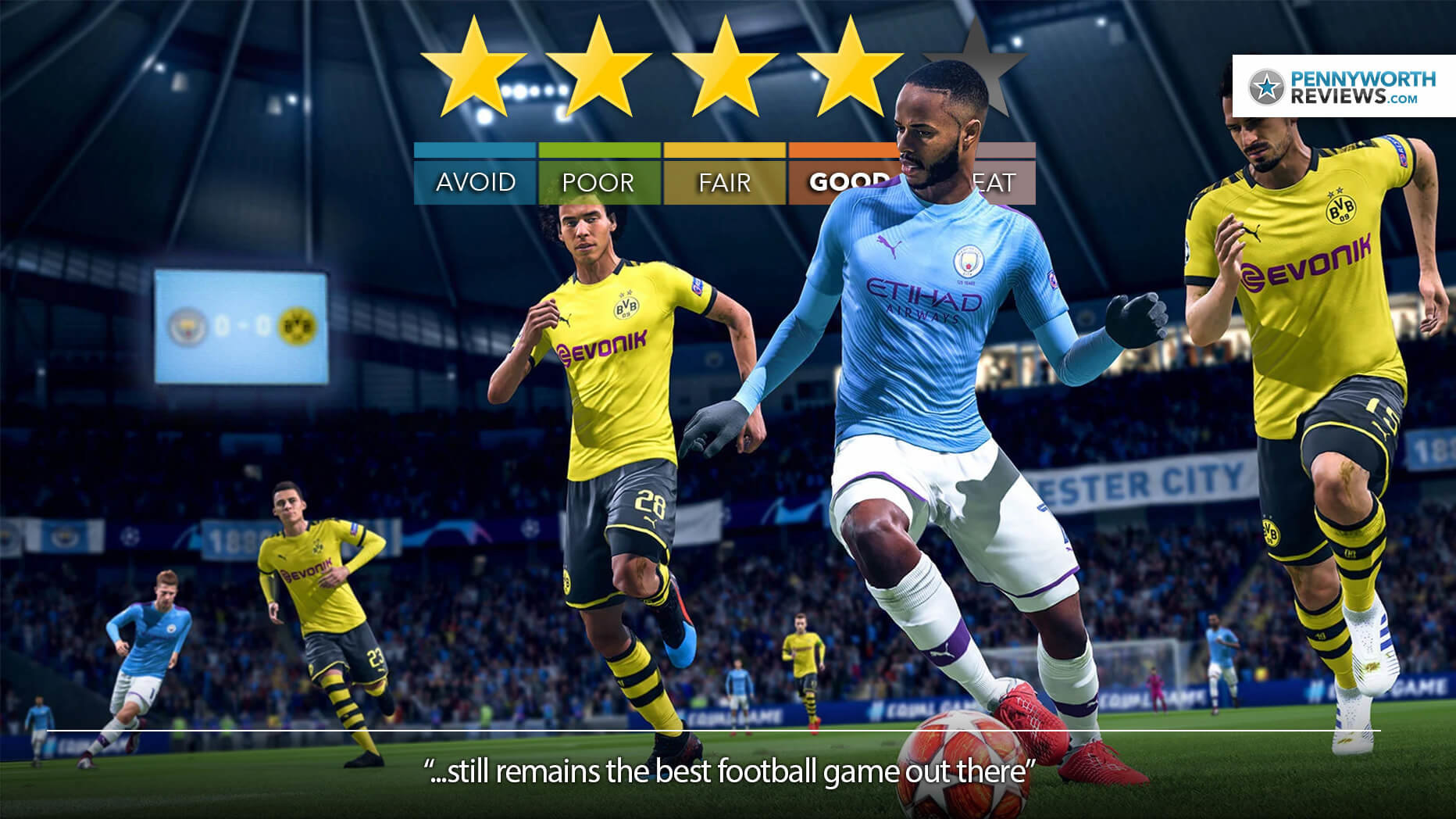 Keeps its spot in the first team

Summary 4.0 Great
Gameplay 4
Quality 4
Experience 3
Value 4
Summary rating from 1 user's marks. You can set own marks for this article - just click on stars above and press "Accept".
Accept
Summary 3.8 Good

Reviewed on PC | Also available on Xbox One, PS4 and Nintendo Switch

The most comprehensive football game, with new spit and polish.

FIFA 20 may have lost Alex Hunter, but it received a new street soccer mode and what feels like a clean lick of paint. Even the commentary feels more refined and spontaneous. It might not be worth the upgrade from the last year or two, but it still remains the best football game out there.

It’s In The Game?

Another year and another FIFA game. And while the series has been reaching the pinnacle of what a football game can be, they still managed to add a few new features for this year’s release.

For starters, the very first game I played (and strangely had no way of avoiding) was a game of Volta. If you ever played FIFA Street, then you will know exactly what this is. Think action soccer with 3v3 matches and you will get it. And just like real street football, the fashion seems to be more important than the players’ skill.

The story mode must be injured as there is no sign of it, and although Volta is a decent stop-gap, I miss Alex Hunter and his pretty well written exploits.

In career mode I could start all over with a remarkably detailed character designer, and try to take my player through a lifetime of matches all the way to retirement. Disappointingly I still cannot import a player or team’s progress from my previous run-through in FIFA 19. And, I still cannot play as a female player in career mode. How about you shake things up, EA?

The moneymaker for FIFA, other than the purchase price, is FIFA Ultimate Team. I constantly think of the collectible player cards we used to get when I was a kid, and you assemble your best players into a team with not only great stats, but also great chemistry. Unlocking players takes time, or real money, and putting the perfect team together can become an obsession. Not for me though. I was not going to sleep anyway.