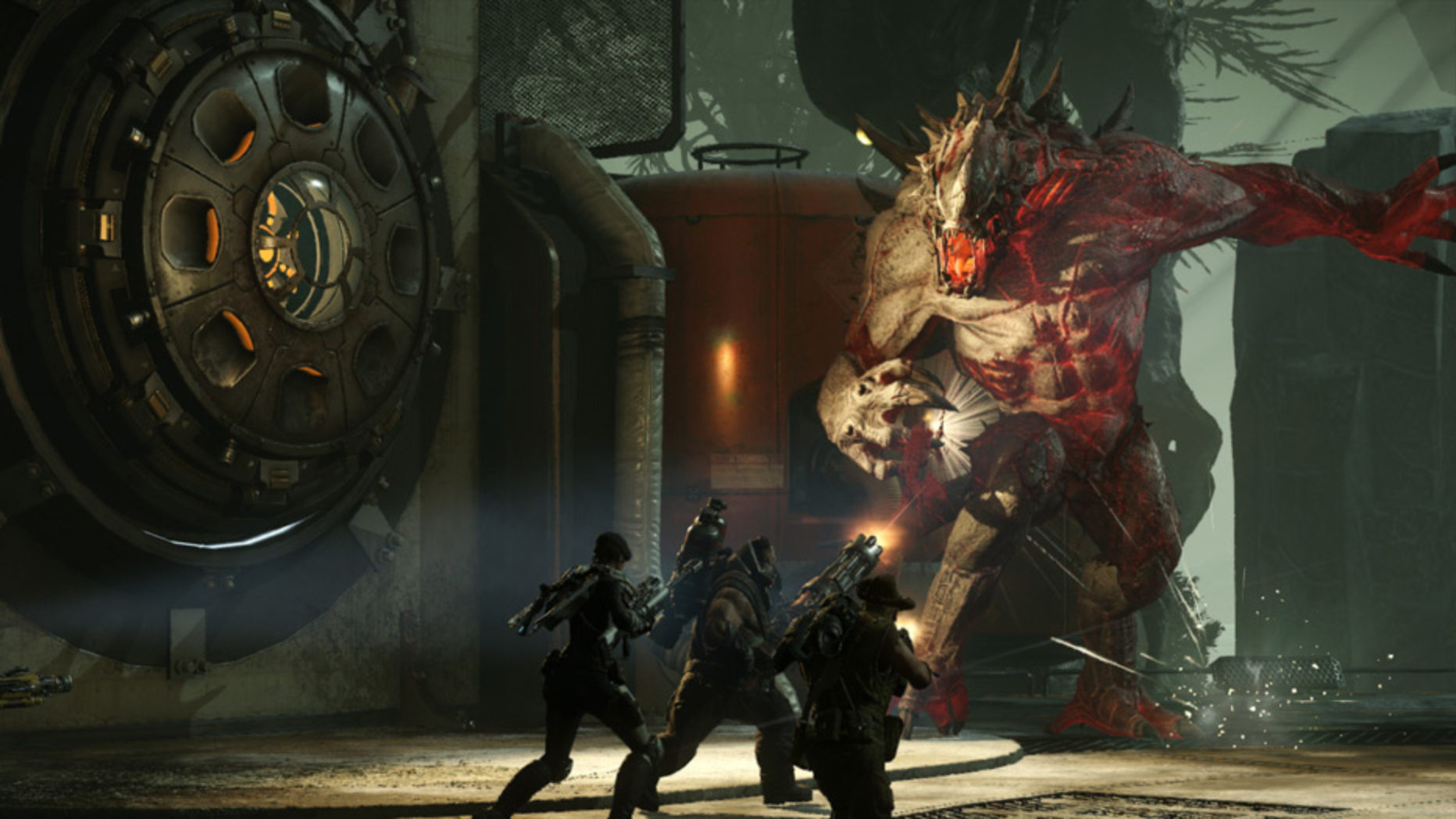 Evolve is fun, tense and atmospheric but will it grow the legs it needs to stay interesting?

Summary 3.5 Good
Gameplay 4
Quality 3
Experience 3
Value 2
Summary rating from 1 user's marks. You can set own marks for this article - just click on stars above and press "Accept".
Accept
Summary 3.0 Good

What is it? An action-shooter, sci-fi multiplayer focused game where 4 hunters each with distinct abilities and equipment must work together to track and kill a monster as the monster evades the hunters while eating wildlife to evolve and grow so that it can attack its map objective or kill all the hunters.

Evolve is a great concept that comes fitted with great visuals and gameplay, thick atmosphere and one of the best feelings of hunting down an intelligent creature that we have ever experienced in a game. While it can be played alone with bots, you really only want to jump onboard if you are able to play with real people in modes that have hugely different classes working together to try and kill a monster before it buffs up and turns the tables in the worst of ways.

The classes’ characters may vary in equipment, but the core responsibilities remain the same. The more we played it the more we loved it and the different classes and characters kept us interested as we personally got better at doing our jobs while coming up with new strategies. As an example, the Trapper class (my favourite) is kitted with Mobile Arenas and Harpoon-like weapons designed to keep the monster from getting away, while the Assault lays down damage, the Support provides shielding and artillery drops and the medic heals up the group and creates weak points on the monster. Monster’s also vary hugely and actually feature some of the most urgent and tense stealth gameplay we’ve experienced in years. As the Monster, you have abilities like breathing fire or summoning electrical strikes (the 3 bundled Monsters vary greatly) and are burdened with finding the balance between running/sneaking away, and stopping to kill and feed on wildlife in order to reach your next stage of evolution. Once Stage 3, you go from hunted to hunter and the balance changes completely, but that doesn’t mean things can’t get messy when you are still in your earlier stages.

Progression is fun as you unlock abilities and new characters/monsters but bare in mind that while classes and monsters may differ, the core game is designed to be played over and over. How long that stays interesting to your and your friends is questionable, but a ton of paid DLC is planned to be added to the 12 characters and 3 monsters, with all future maps releasing free of charge. The launch content is still enough to keep your busy for a while though, and the gameplay kept us coming back for more.

[Note: Due to requests, the original short review has been edited and expanded upon to provide more gameplay detail due to the nature of the game]

Available for Xbox One, PC and Playstation 4  |  Metacritic 90%

Assassin's Creed: Valhalla is a different flavour of the same brand, and we like it.