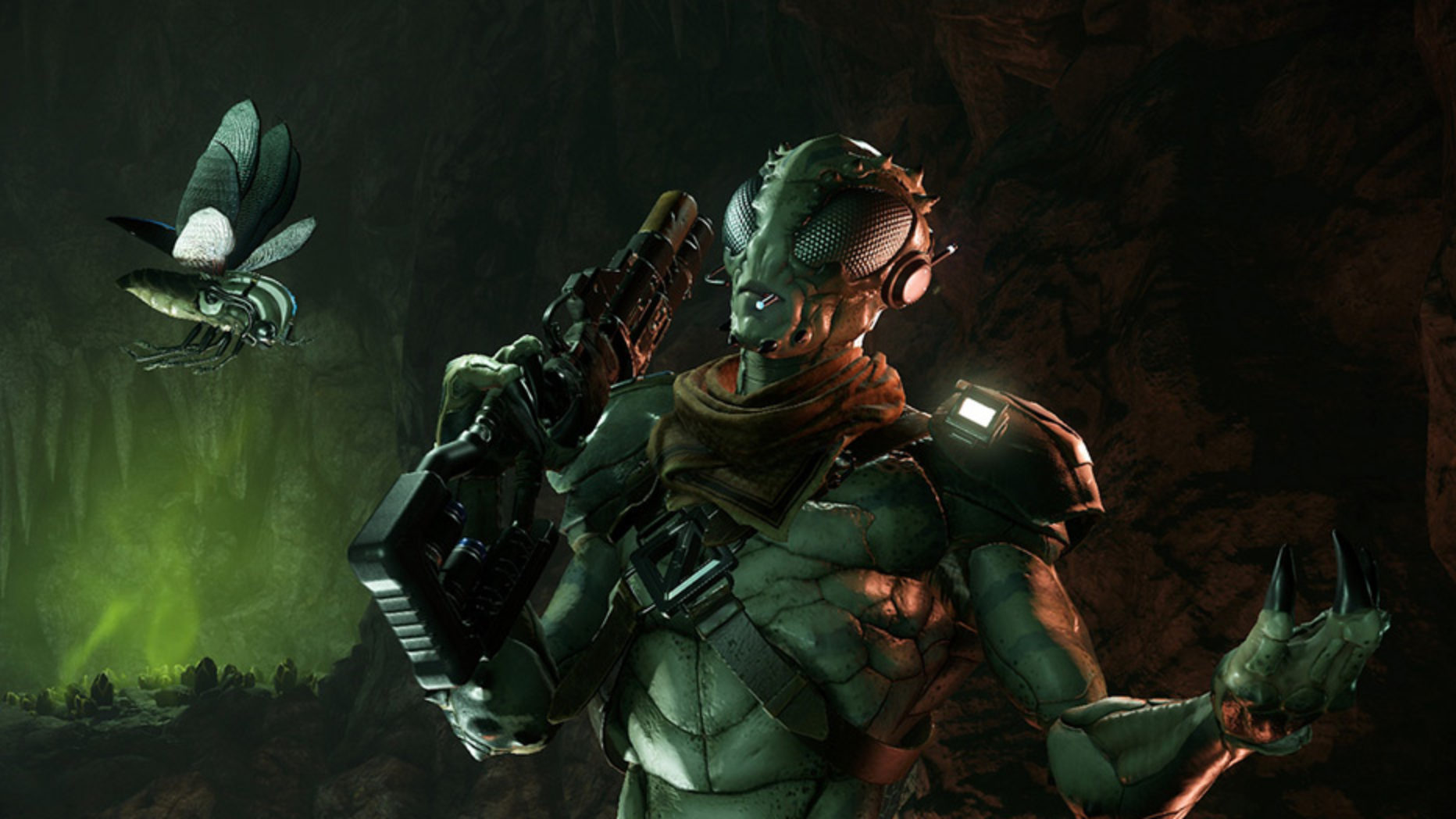 Summary 3.0 Good
Score 0
Summary rating from user's marks. You can set own marks for this article - just click on stars above and press "Accept".
Accept
Summary 0.0 Avoid

Since its launch, Evolve has sparked up conversation on the internet as to whether the game concept and content was worthy of its full price. The original game comes loaded with 12 Hunters made up of 3 unique characters for each of the 4 classes, 3 Monsters and 12 Maps. This new expansion pack for Evolve includes with it 1 new Hunter for each of the 4 classes as well as some skins for a price tag of $15.

Slim is a genetically modified Medic whose style revolves around stealing the monster’s life to recharge his healing boost and heal everyone faster, as well as using a healing drone for to tend to Hunters whilst not in combat. He also has the ability to mess with a Monster’s ability to smell, which can really screw with them. As medics go he is fun to play and definitely a more aggressive choice that puts you in the thick of the action.

The new support character is a young lady by the name of Sunny, who is also my favourite of the new bunch. With Sunny, the idea is to use her awesome handheld Nuke Launcher to deal decent damage while her stationery shielding drone automatically shields team mates, so you have to make sure you drop it in an effective spot. The best part of Sunny by far though, is that she can supercharge Hunters’ jetpacks with a beam gun that allows someone to stay airborne for long or boost forwards around 3 times before even cutting into their own supply. Its incredibly awesome for manoeuvres like slingshotting a trapper towards the Monster so that they can get the Arena down. 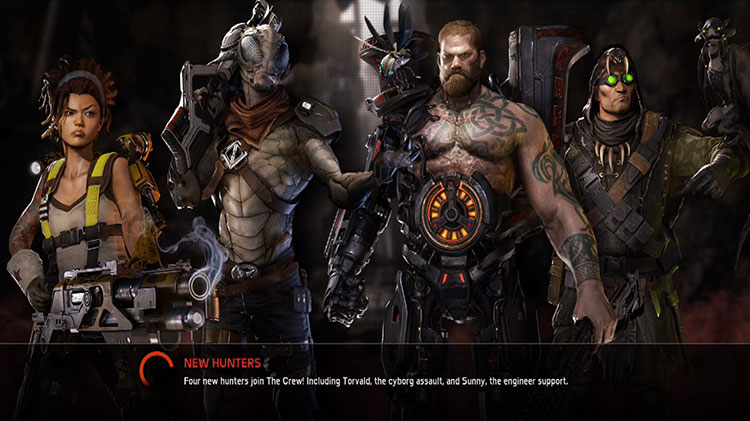 Crow, the Trapper uses a stasis gun to slow the Monster down as well as a Sniper rifle that can do damage directly to a Monster’s health, completely bypassing its armour. Both weapons react differently if charged up instead of fired rapidly. His main feature is a bird-like creature that you can use to fly ahead of you and spot all the creatures in the area. Its recharge time is quite fast, so you use it to sort-of poke your nose out in different directions and find the monster. Especially handy if they like hiding.

Lastly, we have Torvald as Assault. More machine than man, Torvald has a Mortar launcher that he can use to attack the monster at range, but does big damage up close because you can throw a Shrapnel grenade near the monster that explodes, causing weak points (like the medics usually create) and then has an automatic shotgun to bring the pain. In many ways Torvald is quite potent, especially if you are playing by yourself with random teammates because he is able to create the ability to do massive damage without the need to rely too heavily on other classes to open the monster up to big hits.

It must be noted that additional monster, called the Behemoth came bundled with most of the pre-order options, but if you don’t have it you will need to fork out an additional $20 for the ability to unlock it. The DLC also doesn’t offer any new modes, although it remains to be seen if Turtle Rock have any of those planned to roll out with simple patches.

Two new maps (as well as a spectator mode) have also become available and completely free to anyone and are downloaded as a part of a 6.5GB compatibility patch that includes all of the content for the new Hunters, the Behemoth as well as the skins and maps. The reason for this is that even if you don’t buy the any of the DLC at all, you will still be able to play with all other players on all maps, even if they are using DLC Hunters or the new Monster. You only need to pay for the ability to actually play as those roles in the game, you are still able to play alongside them as well as fight against them on all of the maps without spending an extra cent.

The new Hunters breath new life into Evolve as their presence ushers in new strategies and match-ups to play with for the Hunter teams and brings the total number of Hunters up from 12 to 16. All the new characters feel balanced and fun (they also bring a few more conversations to the airdrop sequences) and are a welcome addition to the selection of characters, with each requiring their style to be mastered, much like a fighter pack is to a fighting game or a car pack is to a racing game.

At $15 or its equivalent, the Hunter Season pass is definitely worth a purchase for those getting a lot of enjoyment out of Evolve, although it feels like we would be more comfortable if it sat in the $10 range or came with a free character. If you only dabble here and there, you can happily still play alongside them for free until a sale or bundle comes along at a later stage but dedicated players can be happy to head out and grab them immediately.