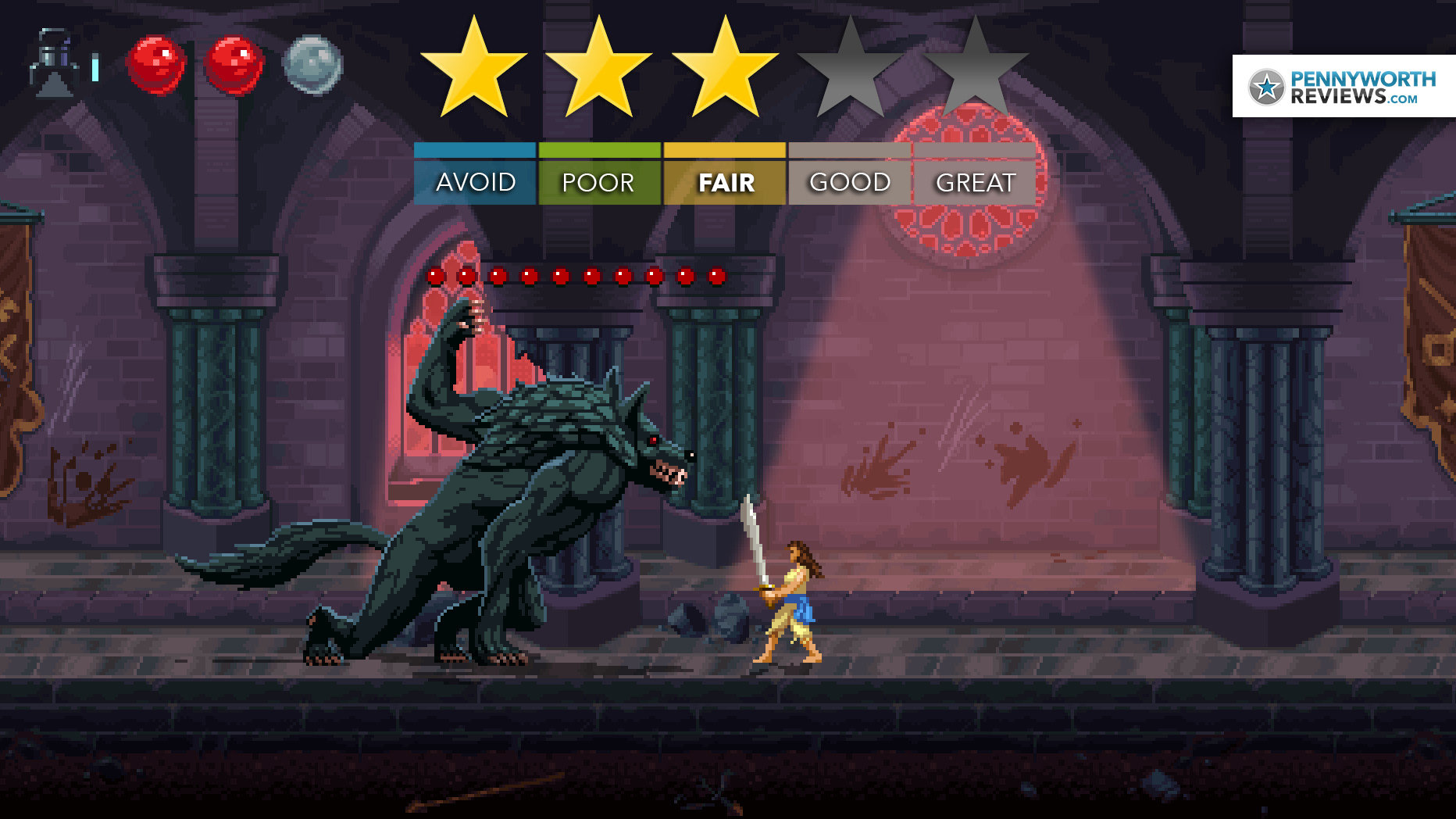 Driven Out – The Darks Souls Of… Farming Simulators?

Available for Xbox One, PS4 and PC | Opencritic Score: TBD

Driven Out is a 2D, 16-bit, side scrolling beat ‘em up. Unlike many other side scrollers however, Driven Out is a learn-by-doing fighting game (Dark Souls is a popular example of this sort of thing) as opposed to a button masher. The game starts with your character working in their field when they are confronted by an enemy soldier. The soldier loses their sword which you then pick up and begin your quest to defeat everyone in your path. The end objective is not clear at this point, so I did find myself wondering why all this was happening to the poor farmer.

At the beginning of the game you are endowed with a Witchcraft Contraption / Device which acts as a save point throughout the game. You can place it wherever you like, and you can respawn at that point. Something that you need to do often. Be careful though, the device can be destroyed by your enemies and some of them actively seek it out.

Driven Out is quite an attractive game and there is a wide range of backdrops. There is also a large variety of enemies to face and you need to learn the attacks of each monster to get past them and move onto the next. The changing scenery and diversity of opponent ensures that you don’t get bored, but be prepared for some frustration as you progress.

Driven Out is a reactive, move learning game in which the objective is to learn the moves of you opponents, counter those moves and then try land an attack yourself. There are some opponents that feel impossible to beat when you first confront them but, once you’ve been slaughtered by them a few times, you learn to identify their attacks and either block or counter them. This can be a very frustrating mode of combat and there were some enemies where the frustration outweighed the final satisfaction of beating them.

When I first started playing, I thought I was back in the early 90s… and the game does have a nostalgic feel. The gameplay is deliberate and learned and, whilst this can occasionally feel like a grind, there is a certain satisfaction to finally beating an opponent, especially if that opponent has caused you trouble in previous encounters.

I know a lot of gamers who will love the challenge and simplicity of this game and can recommend it as a challenge and a lot of fun. The demo and gameplay videos are readily available so, if you aren’t sure, these will give you a good idea what to expect.

I am very much an old school gamer and I started my gaming career on PC. My platform of choice is now Xbox One but I have no problems with gamers who enjoy gaming on any platform.

I am part of a gaming family with my wife and two sons who are all avid gamers. My third son is only one but he already has his own controller and enjoys yelling at the TV when the rest of us are playing.

I enjoy all games but my preference is for RPG and Strategy games.