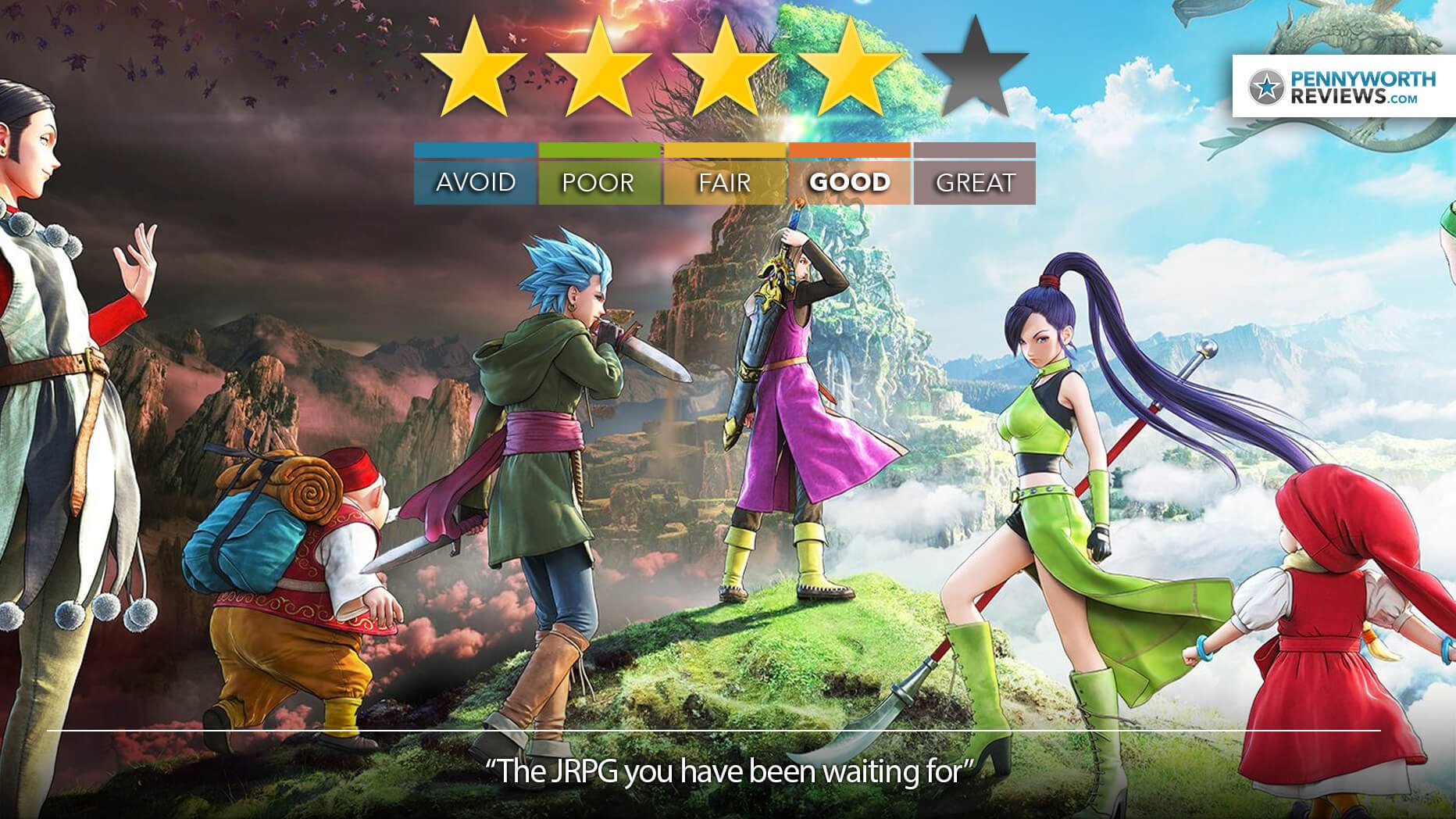 The quest for a great JRPG is no longer elusive

What is it? A traditional Japanese RPG, with colourful characters and intricate plot, that does not require any previous Dragon Quest experience to be enjoyed. – Reviewed on Playstation 4. Also available on Nintendo 3DS, Nintendo Switch, Microsoft Windows

Verdict: The JRPG you have been waiting for!

Dragon Quest XI is more than just your typical Japanese role-playing game. It feels like more than the sum of its parts. Yes, it contains everything a traditional JRPG should have, like does it have a silent protagonist with an uncertain past? Present! Is there a female love interest and best friend? Yes indeed. Do you come across some seemingly nefarious characters who turn out to be not so bad? Sure do! Is the world full of amazing and creative enemies and can you lay waste to them in turn-based combat? Of course you can! You may by now also suspect that the game has an intricate plot full of twists and turns and you would be correct. And if Dragon Quest XI sticks to the JRPG formula you would think it is a very long game, and you would be correct yet again, with the game easily taking up 100 hours of your time.

But to sum up a game of Dragon Quest XI’s scope with a JRPG checklist is an injustice. This game is made for all fans of JRPGs, with the attention to detail that this genre has been needing for quite some time. The music is a marvellous selection of composition that feels instantly recognisable and at home. Immersing yourself in the world of DQXI is easy with a colourful open world and even more colourful characters. Plus, the story is unique and no previous Dragon Quest experience is required.

Combat is the usual turn-based affair but added special attacks and skills make it a much more strategic affair, especially when you get to the later stages of the game. And the enemies are simply brilliantly designed and named!

As great as my experience with Dragon Quest was, there are a few things that left me wanting a little. The cut-scenes have decent voice acting, however, most of the conversations in the game are text based. It’s good to get your kids to read more, but I would have liked to hear some more of the voices. Also, the music gets a little annoying when the same tune plays during most combat encounters.

Dragon Quest XI is a JRPG for the fans of the genre. If you like your games with a relaxed pace, quirky characters and interesting plot-lines, then you should look no further. Twitch gamers need not apply.