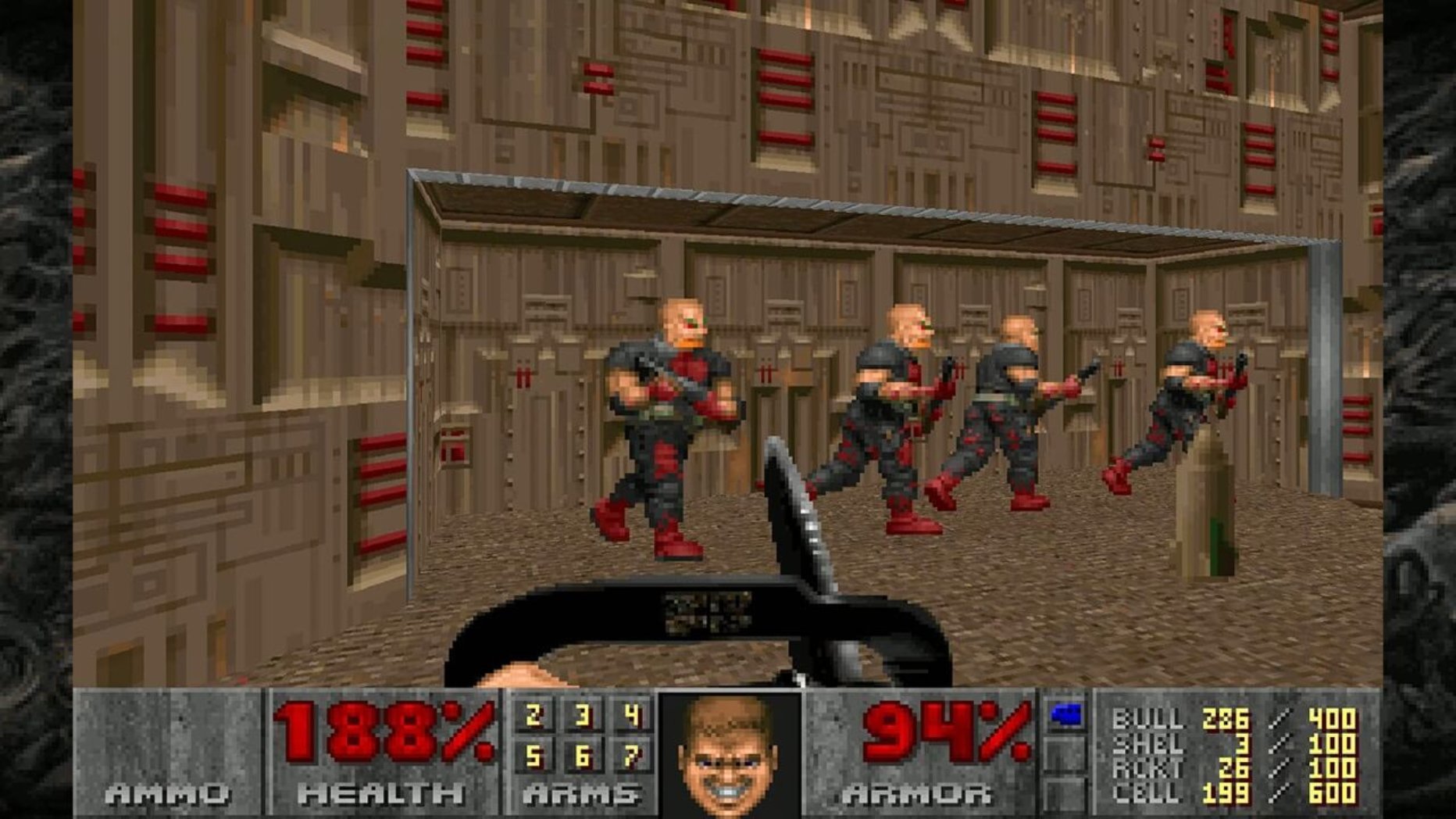 I’ve been playing classic Doom games on Nintendo Switch, and it’s been great.

Anyone from my generation (let’s not get into that) will be able to recall just how special it was to play Doom back in the 90s.

I actually think Doom 2 was the first game I ever saw or played running network multiplayer. Yeah, with the weird coaxial thingies.

I only really dug into Doom 2 in the late 90s, and it was somehow still as good. I would put my Metallica “Black” album into the PC’s CD-ROM, crank up the sound and then blast my way into pure bliss. All the while the band played my glory out to the tunes of Enter Sandman and Through The Never. Enough for my family to have the “Satan is bad” conversation with me, anyways. I wouldn’t really play Doom again until I eventually ended up with an updated version of it on Xbox 360, and by extension the Xbox One with its backwards compatibility. Guess what?

Classic Dooms are still so much fun to play.

It made me realise that, hell… the classic Doom games may be perfect. I’ve been neglecting my Switch a little since I got it because I don’t leave the house much. I was looking for that perfect new game to fill 10-15 min breathers after a long day and I thought multiplayer might be the answer at first. Dead Cells’ looping gameplay was perfect, but the more I played it the longer the playthroughs got. I needed an injection of something I could fully engage with in just 15 mins. Yes there are other options, but none were scratching the itch.

“The map sizes are the reason it all works…”

Enter Doom 2. I had found perfection once again. Well, I say perfection but what I mean is gameplay perfection. The issues I had staying connected to Bethesda.Net could go die in hellfire. (Update: its being  patched out.)

Thing is, the gameplay is still just great. It’s the right mix of action, without spending too much effort on being accurate. You just sorta need to line the weapon up and then plow an ass-load of ammo into whatever’s there. In short, classic Doom games on Nintendo Switch are working for me.

The map sizes are the reason it all works though.

In just 10-15 mins I can play through a single level, try find a few secrets, kill a bunch of things and then slam that exit button to finish it all off. The Switch version also works with a single joycon, which was a pleasant surprise. While the controls aren’t amazing (actually pretty similar to the old days), you can totally run split-screen with two of them. That means you can play the entire game cooperatively, or have a few rounds of 1v1 deathmatch. Just like that!

If they were to take the exact engine that Doom 2 uses, and add more weapons, enemies and levels and call it “The Other Doom 3″, I would throw money at it so hard that there would be holes in it.

Doom is still great to play, and on the Switch… on the go? Well, it’s just pure joy.