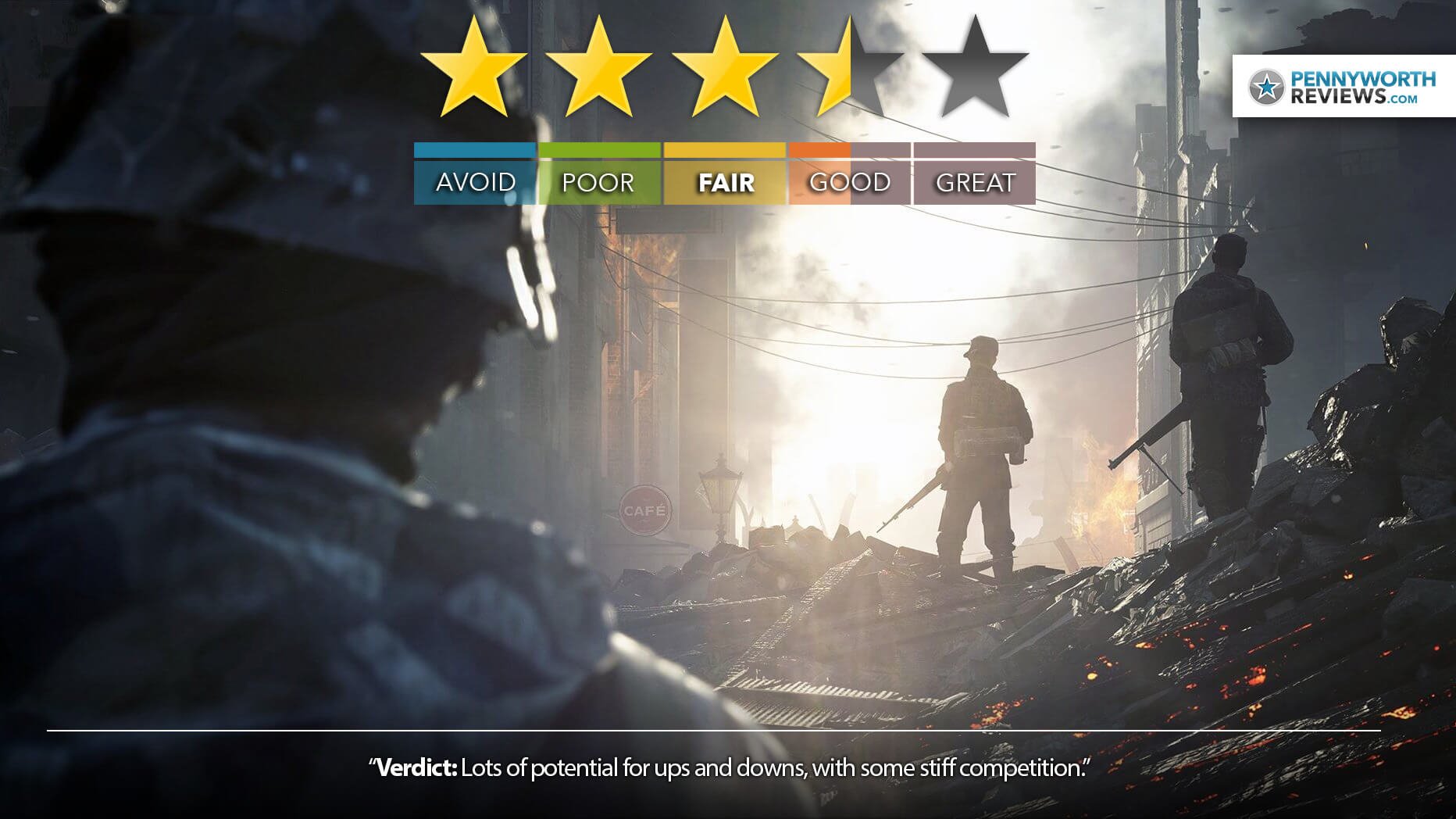 BFV’s multiplayer has a fight on its hands

What is it? Large squad-based tactical multiplayer infantry, vehicle and aerial combat action for up to 64 players. – Reviewed on PS4 Pro. Also available on Xbox One and PC

Pros: Big battlefield action, lots of classes and vehicles to play with, looks and sounds great

Cons: Fairly buggy, various online issues, not very friendly if you’re not playing with a group of friends

Verdict: Lots of potential for ups and downs, with some stiff competition.

Battlefield has come a long way and finally makes a return to the days of World War 2. Battlefield 1 moved away from modern warfare and also tried to ease up the gameplay a little, and Battlefield V (the names don’t make sense) still feels like more of a sort of next-step with refinements rather than a completely new take on Battlefield – despite making some pretty big changes to the way things work. I find it tough to fully recommend the experience though, because it heavily relies on squad-play and in most cases, if you aren’t at least playing online with a friend or two you might be in for a pretty rough experience.

While BF is still great at serving up some truly cinematic moments, I keep feeling like I need to convince myself that I’m having more fun than I actually am. This stems from an overall game design formula that really just feels like its good moments are outweighed by a game that punishes you for playing casually (I wrote a whole thing about that) and often has you feeling helpless and constantly under fire from every angle. Dying within 2 seconds of spawning is not a foreign concept to any contemporary Battlefield player, and I’m not sure if I like that – but you might.

As this is an online mode review, it’s worth nothing that matchmaking is so-so, the server browser filters are bit broken and we had occasional issues getting stuck on “connecting” screens on launch that required the game to be restarted. It must also be noted that a much wanted Battle Royale mode has not come with the game at launch, and content is even pretty light – with a rollout strategy that will soon be adding new content. A fairly significant patch is expected soon to tweak gameplay and fix some bugs, and we’ll update the review with notes if need be. I’m not sure that’s enough with the behemoths like Fortnite, PUBG and good ol’ COD taking up everyone’s time.

The Battlefield experience has become one of frustration, despite having the potential to dish up some truly epic moments at times. It’s a little too reliant on teamwork in a world where online randoms just do what they want and rarely play with mics, and so heavily favours squads of hardcore players who join together and absolutely wipe the floor with everyone else.