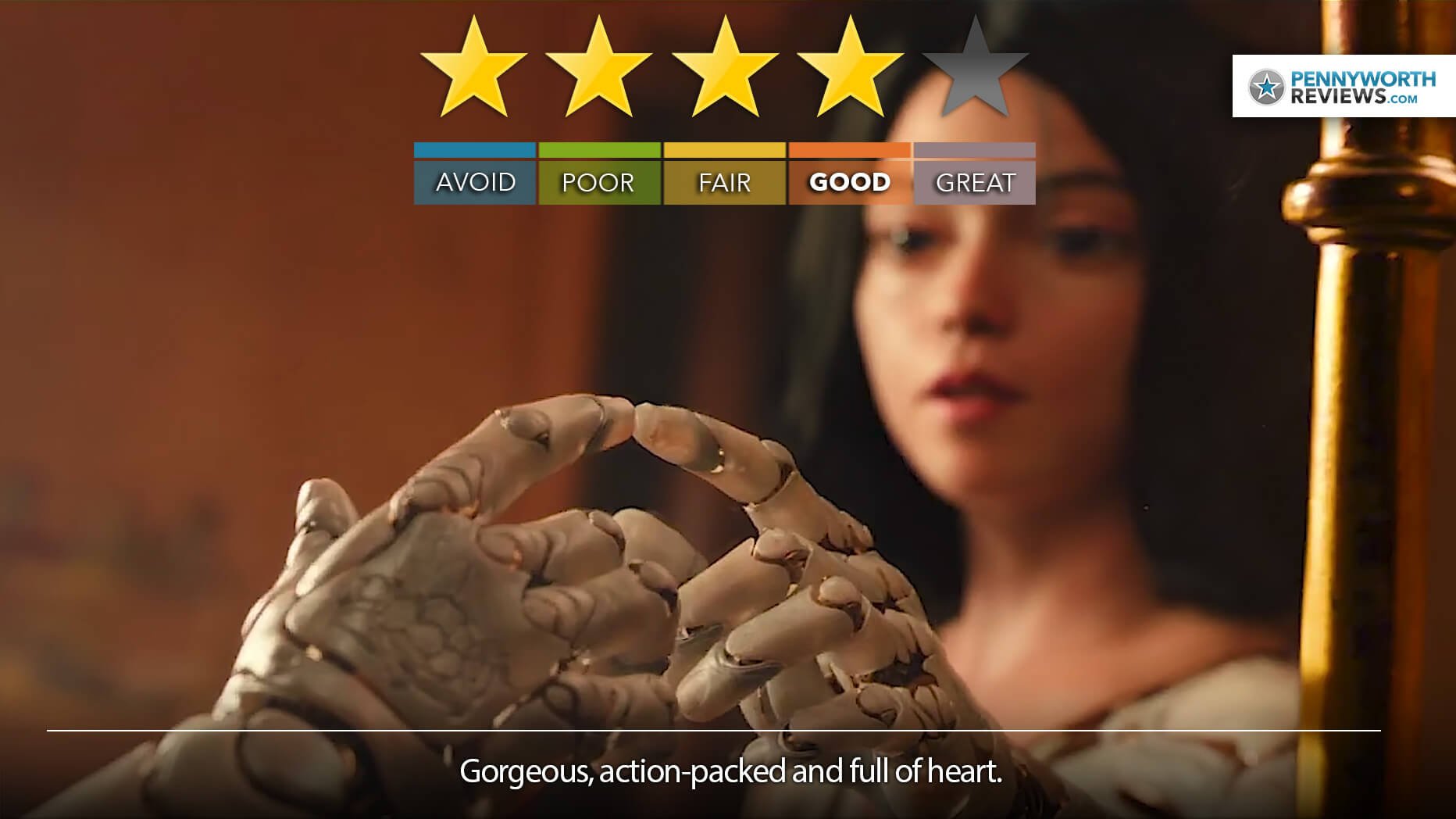 Gorgeous, action-packed and full of heart

Summary 4.0 Great
Story 3
Performances 3
Production 5
Experience 4
Summary rating from 1 user's marks. You can set own marks for this article - just click on stars above and press "Accept".
Accept
Summary 3.8 Good

What is it? An action packed sci-fi with plenty of heart. Based on a Manga, in the far future, a young cyborg girl is brought back from near-death in a scrap heap with no memory of who she is.  With the help of a new father figure and a few interesting turns, she soon discovers that she is able to kick way more ass than you’d expect, and sets out to find out why.

Verdict: Alita: Battle Angel is gorgeous, action-packed and full of heart. It also looks incredible, and should be watched on the biggest screen possible. I can’t wait to see it again, and hope we see more of them in future.

Man oh man, as a fan of Battle Angel: Alita back in the early 2000s when I first discovered Anime (it was a passionate, but very short affair for me) I really liked this movie. This is maybe the best ever example I’ve ever seen of Anime brought to life. What’s crazy is that this film is considered a live-action film, and yet the main character is entirely CG but fits into the scenes so well that you just sort of forget. Good job Weta Workshop, that’s some black magic right there. This film is absolutely gorgeous; the world and setting is not only one of the best looking Cyberpunk settings to grace a screen but the world is alive and believable despite being so ludicrously fantastical.

This film has heart though, and that’s 100% down to Alita herself. There is an uncynical energy, charm and joy to her that is so refreshing and makes her feel like the daughter you always wanted. She’s about more than that though, because make no mistake… when the ass-kickery starts kicking into gear, the movie cranks it up all the way and delivers some truly entertaining sequences. The movie isn’t perfect though, and would have benefited with a few deeper dives into some of its themes but its also clear that they want this to do well enough to make more of them. The cast is also littered with amazing talents like Christoper Waltz, Mahershala Ali and Jennifer Connelly (although they are a little under-utilised),  which sort of made one young actor / main character in particular feel a little out of his depth, like he fell out of some high school musical show and managed to land this great gig. It’s a bit awkies when you get out-acted by a character made out of computer graphics.

It’s a small nitpick though and didn’t really take much away from the film. I just want my things to all be perfect, okay? This movie was fun, go see it on the big(gest) screen!